Talk about a lucky dog! This Florida pooch has been awarded the sum of a $6.2 million lottery ticket thanks to his recently-deceased owner’s unusual wishes.

Sandra Fleming, (1943-2015), purchased the winning ticket just days before her passing. Her son, Tallahassee resident Gilbert Fleming, age 52, discovered the ticket while making funeral arrangements at his mother’s home. He was overjoyed at first to learn the ticket was worth millions, only to be disappointed by what was to come.

“She left it all to the (expletive) dog,” Gilbert Fleming told reporters, referring to his mother’s 13-year old Pomeranian, Beatrix. 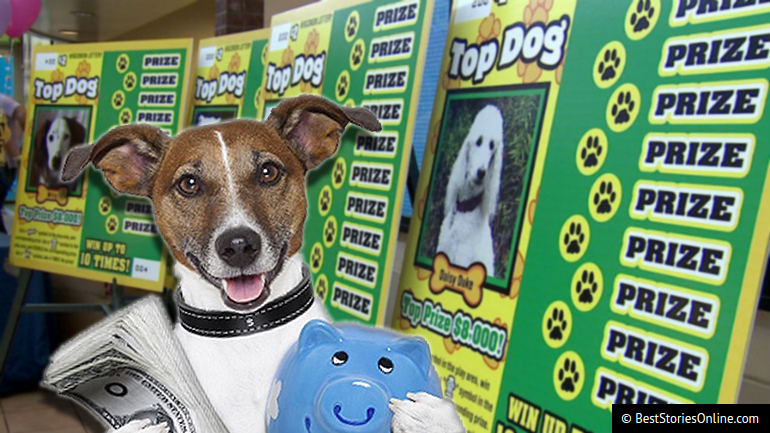 In fact, Sandra Fleming left the entirety of her once-modest inheritance to her beloved canine companion.

“This kind of thing isn’t unheard of,” David Hilborn, attorney for Ms. Fleming, told reporters at a small press conference earlier this afternoon. “Sandra Fleming’s dying wish was to ensure that her beloved pet was afforded every available resource so that it could be satisfied for the rest of its days.”

“I do not see how her recent winnings affect her dying wishes whatsoever,” he added.

In accordance with the terms of Sandra Fleming’s will, attorney Hilborn will serve as administrator of Beatrix’s estate. 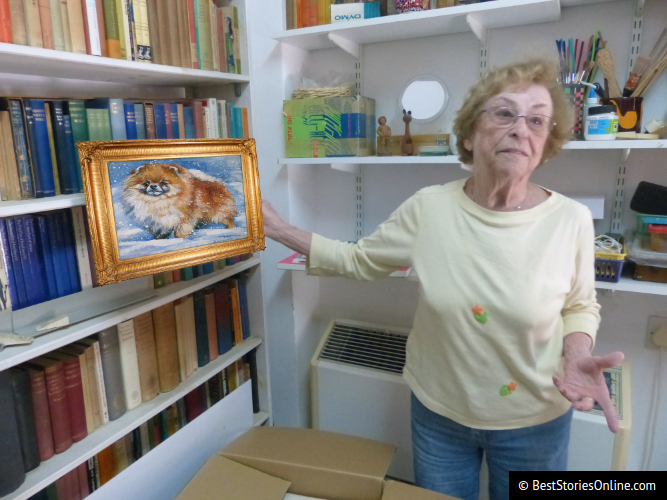 “Family members may feel slighted in cases like these, children especially,” Hilborn acknowledged. “They often believe they’ve been neglected by their parents, who would prefer to take better care of an animal than their own child.”

Hilborn took issue with those who would suspect such a slight had taken place in this situation.

“There is no neglect to speak of in this case,” he asserted, becoming noticeably testy. “Beatrix is a rare breed of Pomeranian that requires extensive care. When you factor in grooming costs, gourmet kibble, you know, the list goes on and on… these things cost money and are necessary expenditures in order to maintain a lifestyle of sufficient luxury. That’s what Sandra Fleming wanted. She couldn’t have been more clear about it.”

Sources close to the family have suggested that Sandra Fleming’s decision to make no mention of her son in the document may indicate a certain clarity as well.

Gilbert Fleming has been said to be taking the news in stride and maintains he has no plans to seek legal representation himself.

“Well, I do know one thing's for certain. She always did spoil that dog rotten,” Mr. Fleming told reporters earlier in a lighter moment.

“Some dogs have all the luck,” he continued to say.

The average life-expectancy of a Pomeranian is between 12-16 years. Beatrix’s four puppies stand to inherit her fortune.