In a recent earnings call, Facebook CFO David Ebersman was pleased to announce that Facebook "remained close to fully penetrated among teens in the U.S." Ebersman was replying to an concerned investor worrying that Facebook was becoming "uncool" and losing traction with younger users. This comment seems to highlight the popular notion that Facebook has become next MySpace. 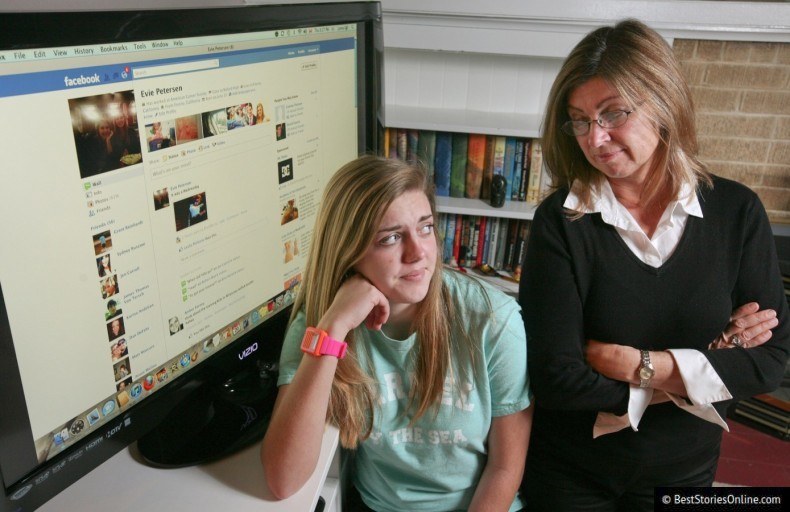 Therefore, it's surprising that many observers of the Internet are calling Facebook the next big thing for culture, art, and authentic alternative life. Dis Magazine identified Facebook as "the dominant platform" for art and artists, and a piece in n+1 noted that the average Facebook profile has about the same amount of text and literary value as the average novel.

A rather bland term has emerged to describe the interesting parts of Facebook: "Weird Facebook", a subculture within normal Facebook, a loose network of meme pages, secret groups, and most importantly, personalities and friendships. A bewildered reporter at the Daily Dot described Weird Facebook as an "inscrutable world" that "shouldn't exist", where David Lynch and Yung Lean seem to have "projected their consciousnesses onto social media". 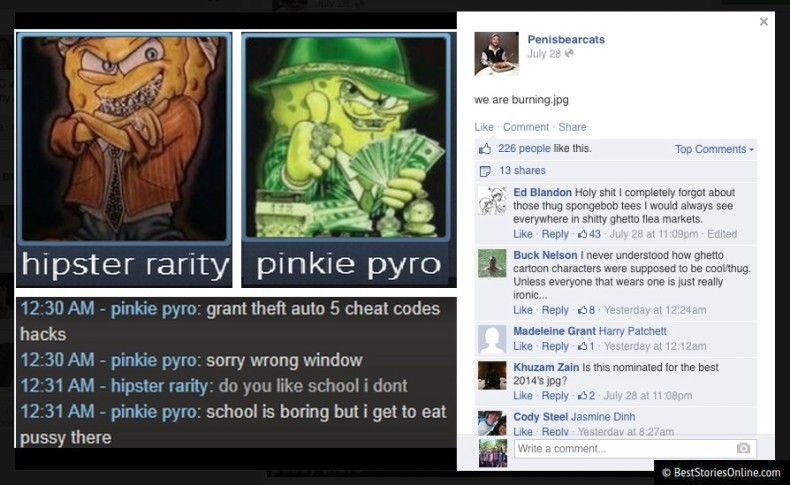 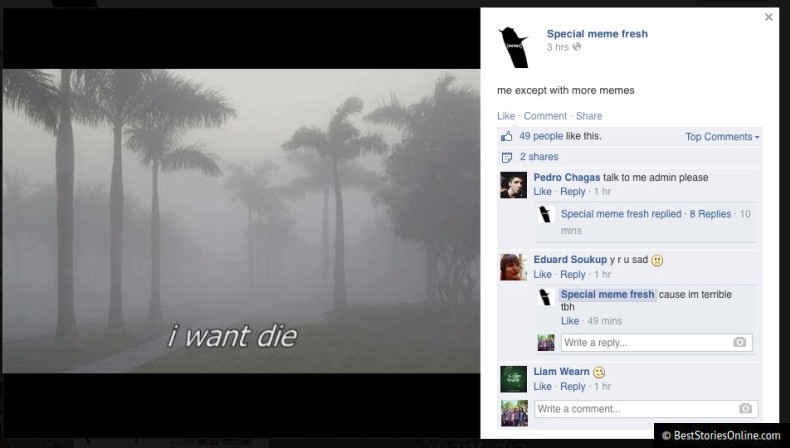 An insider we talked to described "Weird FB" as a community of people who have "10+ mutual friends in the 'art world'", a place where "long text updates are welcome." The insider said that she knows someone is an observer or participant of Weird Facebook if Bunny Rogers is a mutual friend. 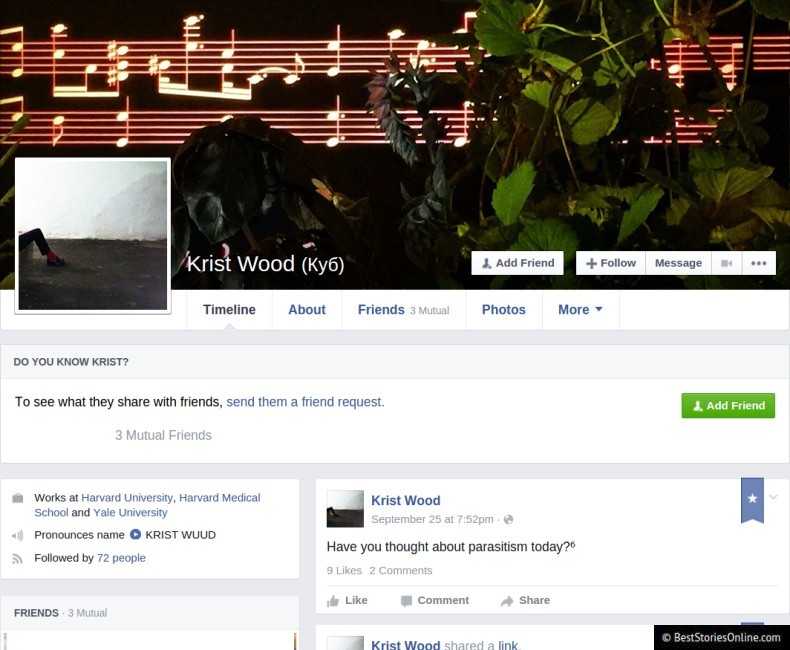 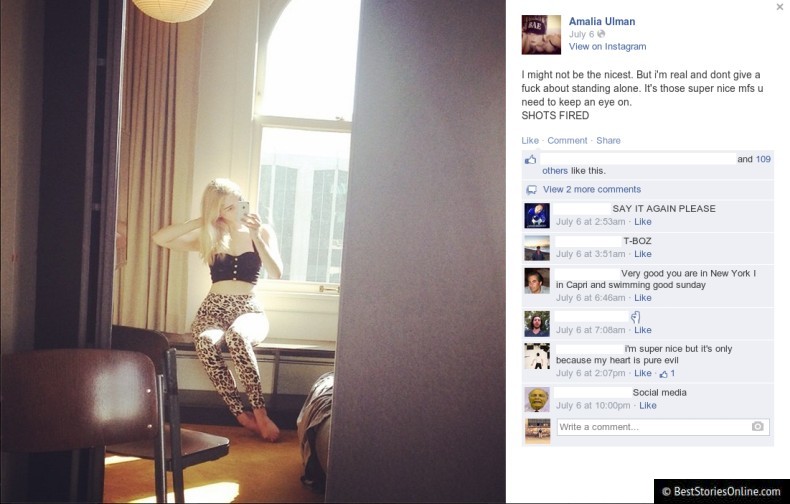 Another individual said that becoming part of Weird Facebook was "a natural transition from being a heavy reader", and that her Facebook friends were "a big comfort". A survey of Weird Facebook includes 'art world' people, writers, 4chan and reddit users, people who are obsessed with rare memes, IRL influencers, social justice 'warriors', and seemingly normal people who love shitposting on Facebook. Some people on Weird Facebook use their real name, which is sometimes a Google-able brand, and others have multiple shell accounts, accounts that are often deleted by Facebook's automated moderation systems. 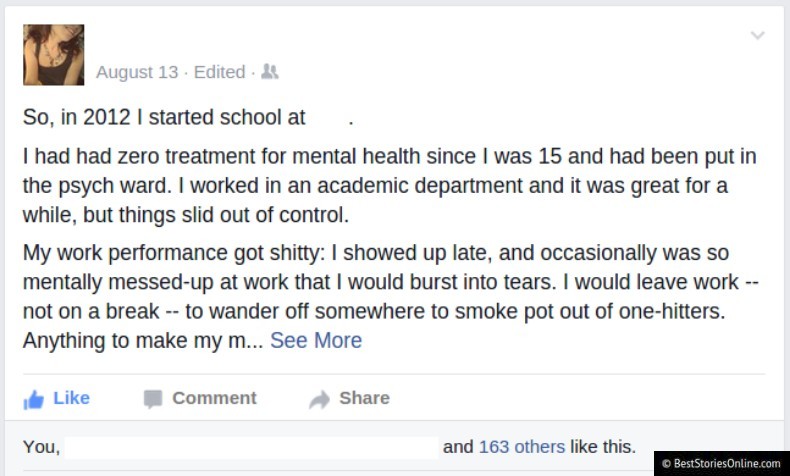 Why is all this weird art and meme stuff happening on Facebook, specifically? The Daily Dot noted that "Facebook is not the forum for this kind of shit at all."

In the formative days of Facebook, you could only get a profile if you went to Harvard, a fact that gave the social network a whiff of exclusivity. Facebook was full of "real people", not spam accounts, and had a clean, whitespace-heavy UI. Friendships on Facebook represented real-life relationships, worth some amount of social capital. These features helped set Facebook apart from its main competitor, MySpace.

Despite Facebook's aggressive demographic and geographic expansion, the website has attempted to ensure that Facebook accounts always correspond to real people, and that Facebook friendships correspond to real friendships. In practice, this resulted in Facebook deleting the accounts that people made for their pets, along with the accounts of transgender individuals who change their names. Facebook also takes measures to prevent people from requesting friendship with people they don't know from real life.

Why are artists and weirdos talking on Facebook, instead of some cooler, alternative site on the Internet with less restrictions? Like Ello, for example? Subcultures have always tried to build their own institutions, often around custom websites, businesses, or publications. In many ways, founding an alternative institutions is the Gen X and Millennial dream. So why are the greatest and weirdest minds of our generation having the conversations that matter most in the bleak terminal morass that is Facebook? 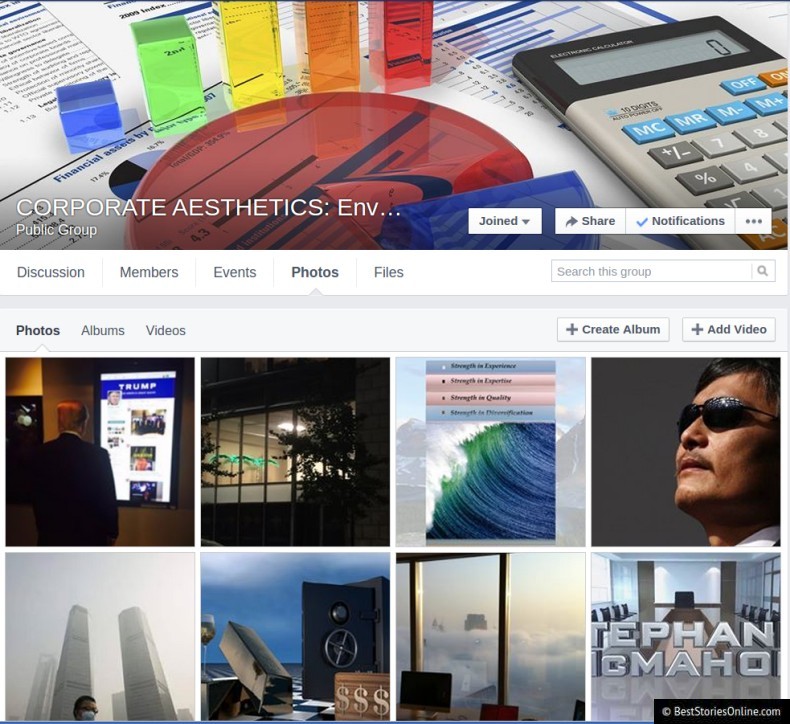 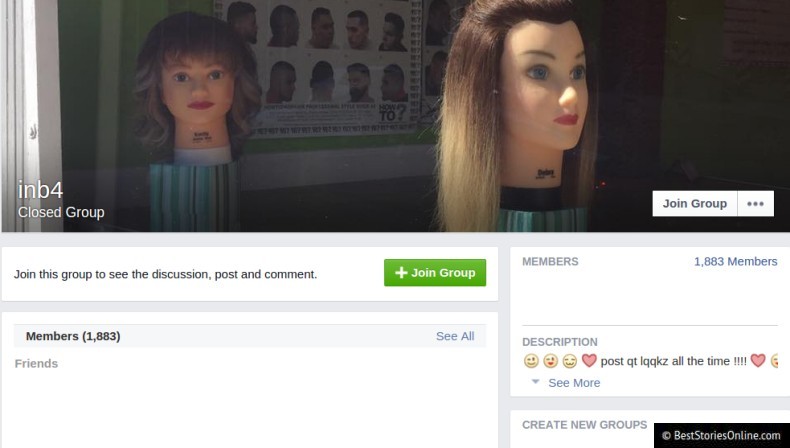 The past year has been rough for Internet subcultures. Alt Lit finally fragmented due to multiple rape scandals, Net Art continued its downward slide into the corporate art world, Hipster Runoff quietly died (for real this time), vaporwave stalled, Gamergate happened, Reddit suffered a series of embarrassing scandals, and the founder of 4chan threw in the towel.

All of these subcultures are (or were) rooted in specific websites and brands: popserial.net, dump.fm, hipsterunoff, ello.co, rhizome.org, /b, Macintosh Plus, Feminist Frequency, Yung Lean. They failed, sometimes due to the "observation effect", sometimes due to bad behavior by the part of their founders, or sometimes just to entropy. These subcultures only matter to small, incestuous groups of people, except when they "fuck up". The Millennial failure to create scalable alternative institutions has meant that many younger people are in retreat, along with the weird friends they made elsewhere on the Internet.

Often, it seems that all that remains of old subcultures like Tumblr, LiveJournal, or Neopets are the Facebook friendships. These are the online relationships that people loved enough to bring into the sphere of Facebook, the realm of real life. 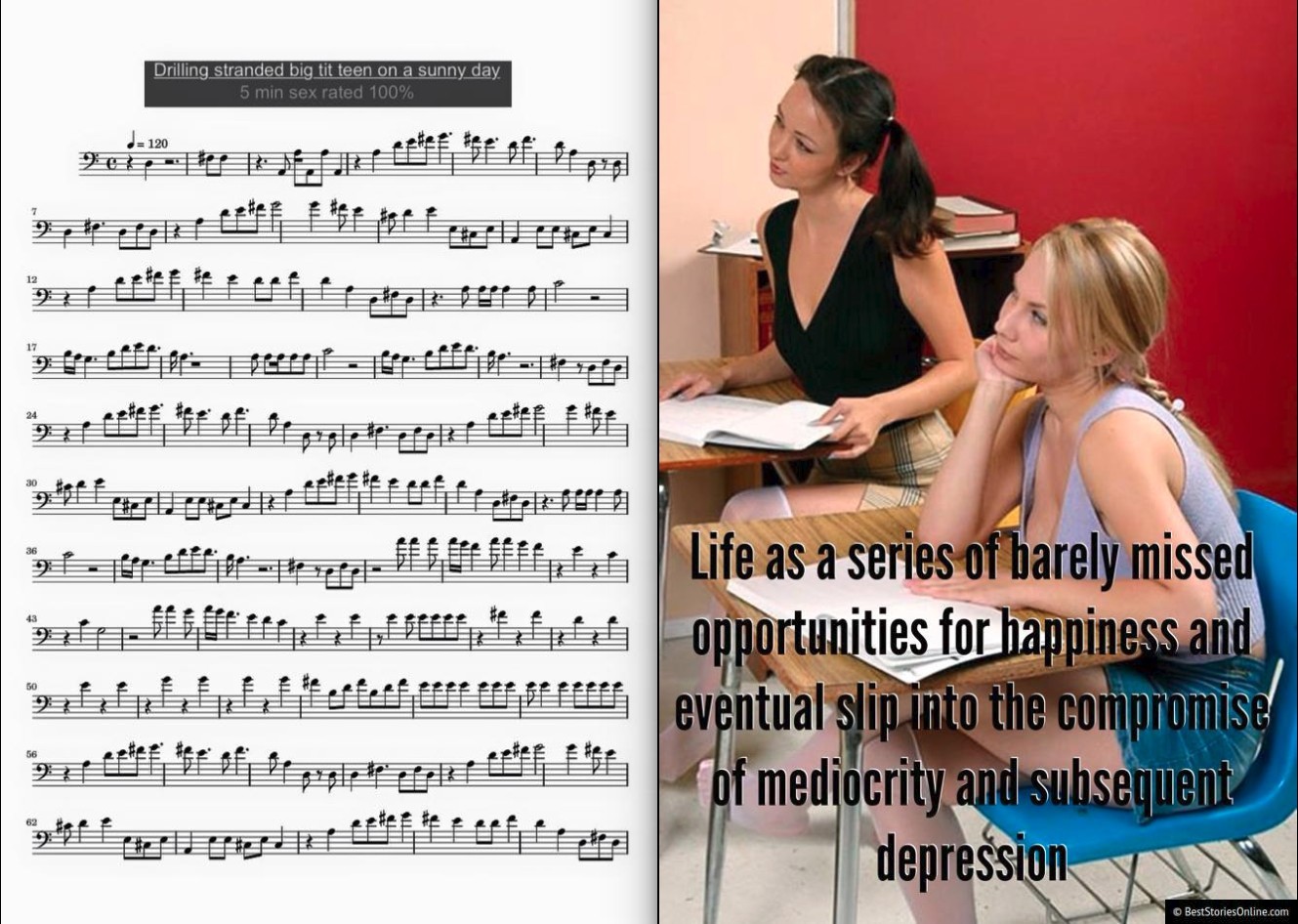 "I guess I got into 'weird facebook' after I failed out of college and was living with my parents," said Lucas, the owner of a page dedicated to music memes. "No one called it [weird facebook] at the time obviously, I had no idea what I was doing. I added some weird musicians and writers that I was into. Eventually I added so many of these people that facebook started suggesting more of them, and I'd get a bunch of requests." 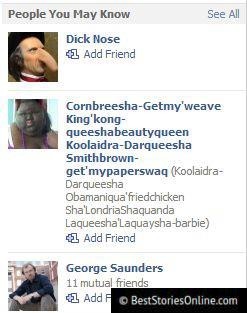 "This was like, four years ago? Now I have hundreds of mutual friends with people who I've never met, and never will meet. My mom sometimes asks me about weird things that she sees 'on my facebook'. I guess everything I do shows up in her newsfeed because she has so few friends." 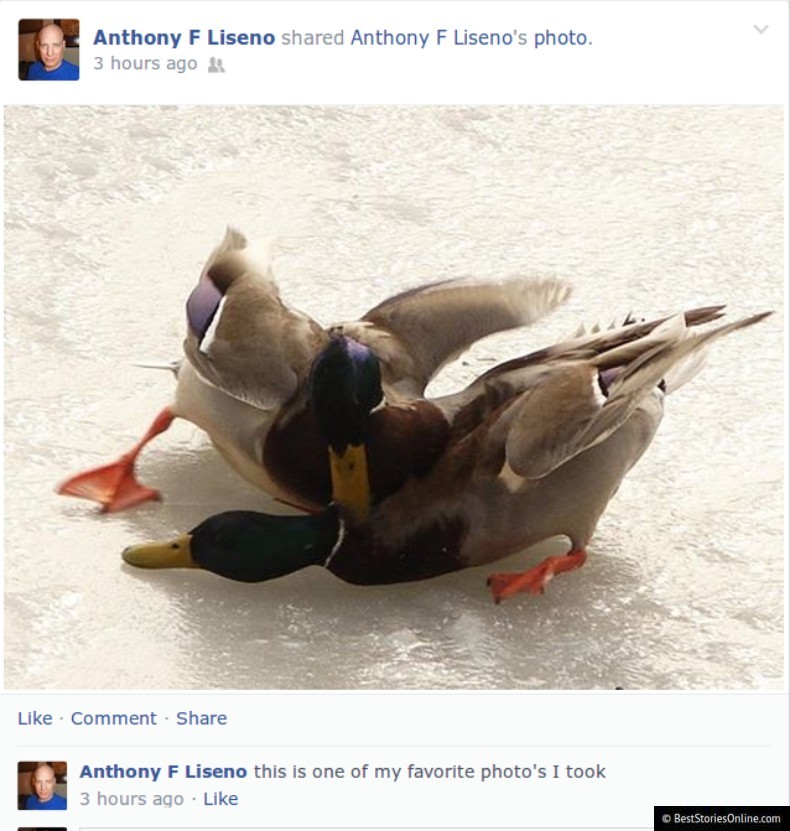 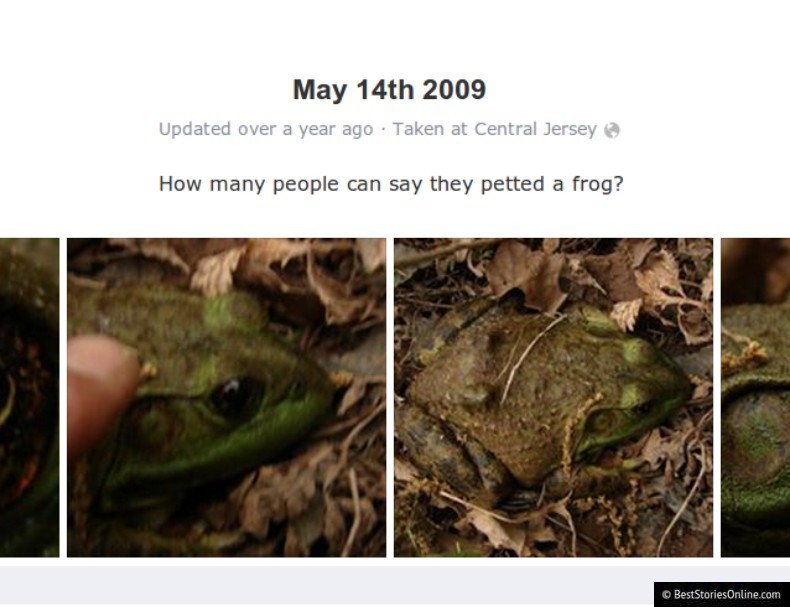 It's hard to point at any one thing that can represent Weird Facebook. There's no one page or person that defines weird facebook, and this is part of what makes weird facebook robust. Weird Facebook is an emergent property of a certain network of people, not an aesthetic that someone pushed as part of an agenda. The networked nature of Weird Facebook is what will allow it to scale, and allow it to survive scandal or changing fashions. Weird Facebooks rests upon a vivid virtual reality created by millions of man-years of engineering, a reality that's hard to match anywhere else on the Internet.